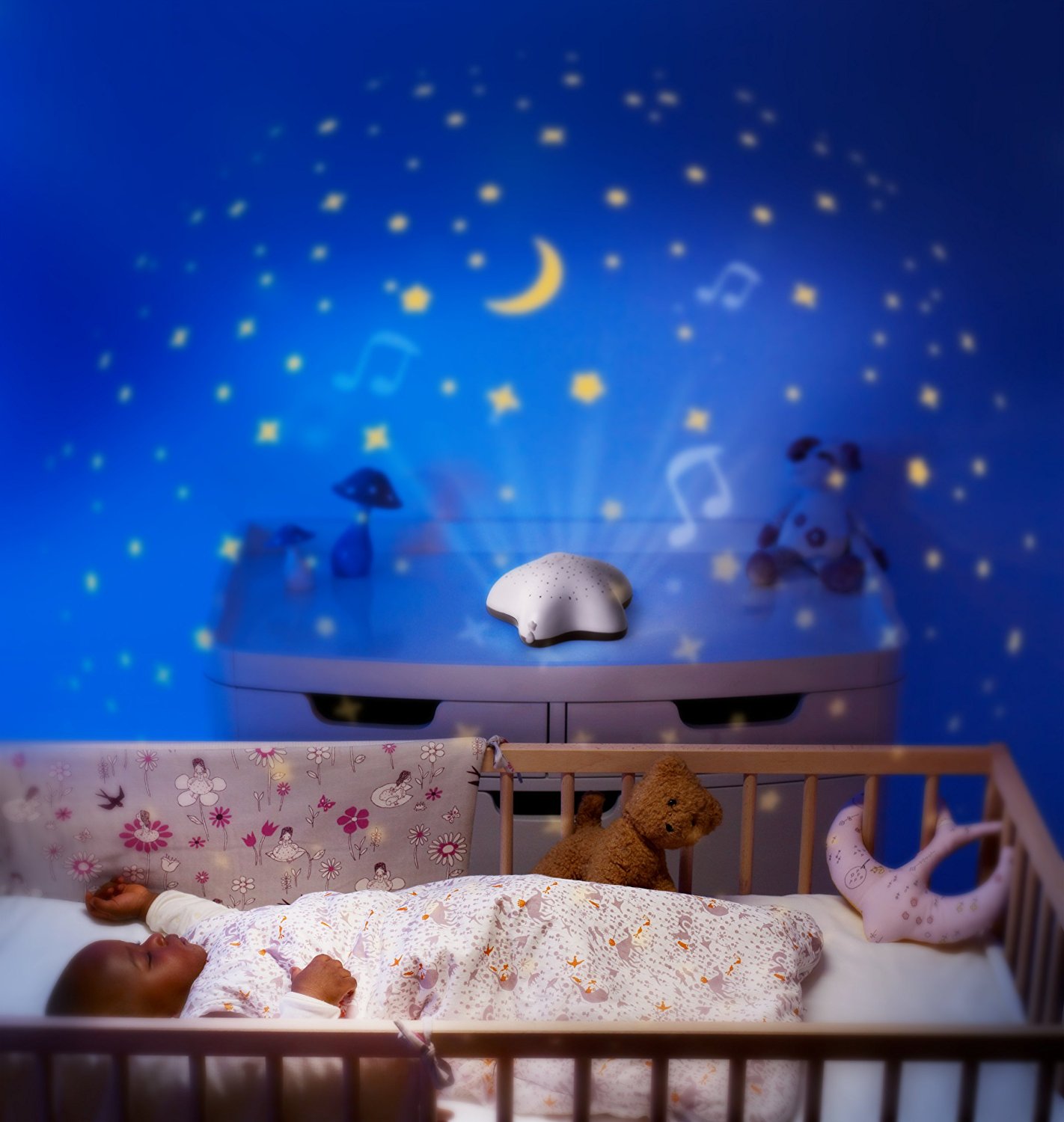 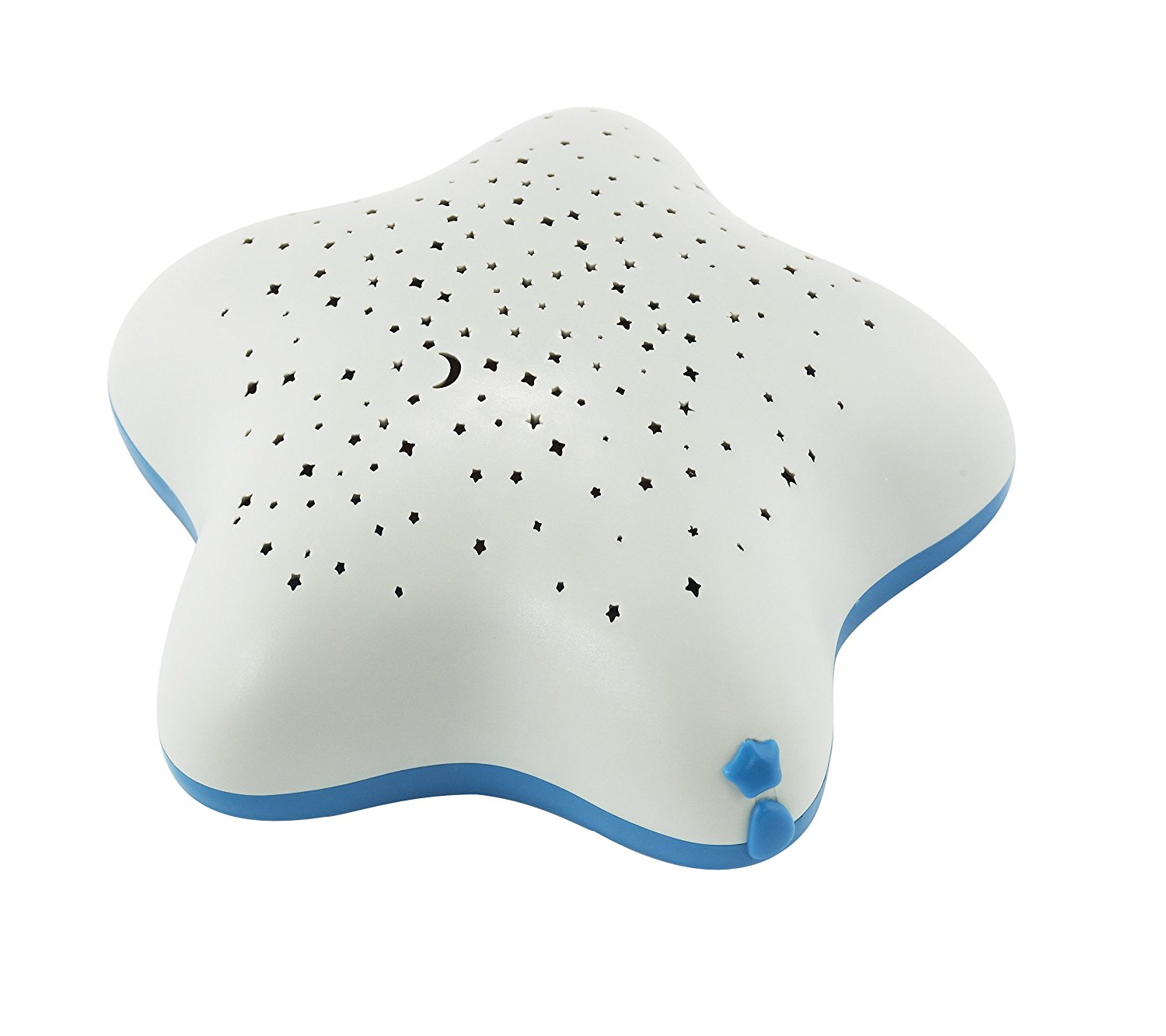 When it comes to buying a musical star projector, you want to ensure that it allows your children to sleep peacefully. As kids first start to sleep in rooms on their own, it can be a scary experience. Staying alone in the dark at night, it isn’t easy. So you want to give them a companion that allows them to not be scared of the dark. Paboba’s Musical Star Projector does just that and more.

The design of Paboba’s Musical Star Projector won’t blow anyone away. It’s just shaped like a star and has cutouts of stars and a moon on it’s body. It uses an LED, so when you turn it on, the stars are very well projected on the wall. No matter how old your kid is, they will surely be dazzled by the numerous stars and the moon. It sets a wonderful tone in the room and keeps them from the dark. The LED light is soft enough that it will allow your kid to fall asleep with ease and not be disturbed by it. However, they may be amazed by the atmosphere in the room due to the stars and the moon which may keep them up longer than you probably want. The projection of the stars changes colors from green, blue, and orange, if you like you can even select one of the three colors and just keep it at that.

When it comes to music with nightlights, you want something that is soothing. This musical star projector has peacefully soothing music that will put your kid to sleep. You can adjust the sound so that it isn’t loud and the melody is soft enough to allow them to sleep in peace, once they have fallen asleep. There are two lullabies to choose from, so not much of a selection but they both work well. The music and projection are automatic, so the music plays for about 15 minutes whereas the projection stops after 45 minutes.

The project is easy to use, with only two buttons so it is nothing complicated. All you have to do is insert 3 AA batteries and turn it on and voila.

As far as the build of the Paboba’s Musical Star Projector is concerned, we found it to be fairly decent. We dropped it a couple of time and it worked just fine with no major dents or anything on the projector. But keep in mind, it isn’t made out of steel so if you aren’t careful with it, it can break.

The Paboba’s Musical Star Projector works very well. It isn’t very advanced, with many musical nightlights now that are controlled through apps and provide numerous different melodies and light mode for children. However, this projector gets the job done. It is for kids of all ages but if you have kids over 5 years of age, they will probably get bored of it. We feel that this projector is more suitable for babies, who would easily be intrigued by stars and any melody playing for them.

At the price point of Paboba’s Musical Star Projector, we feel it is slightly higher than other available projectors. In this price range, you can get a more advanced musical nightlight that has a lot more features than this one. You can even get one with more features for a cheaper price. While it functions well and has a sturdy build, we felt that the price and lack of advanced features really hurt this projector overall.